This is a progression of images showing the centre of convection ( coc ) and storm as a whole. Hopefully it will help the analysis of the ice pack after it has blown over.

1. It doesn't look much now but the coc was quite evidently in motion 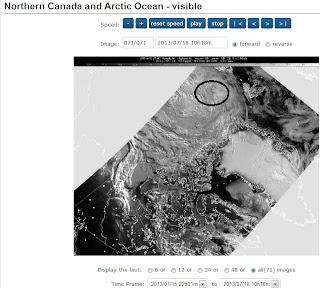 2. A WorldView image on the 19th July 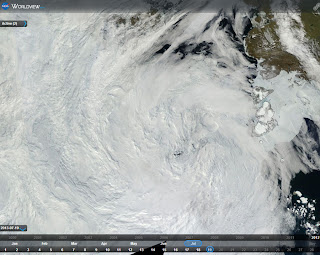 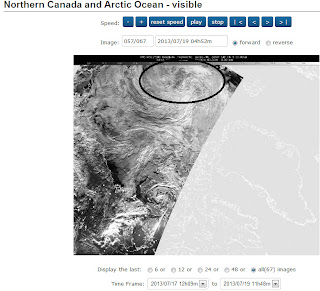 3. 20th July the coc is visible and large 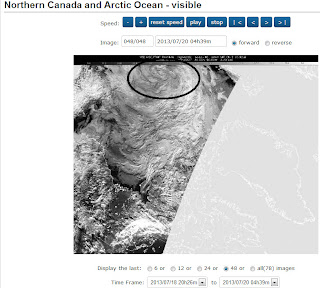 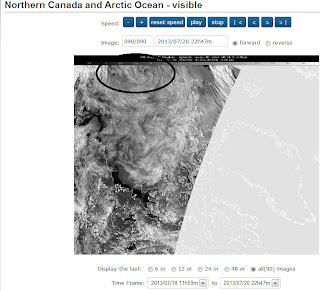 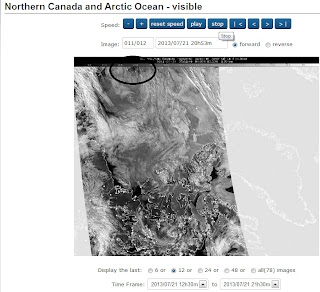 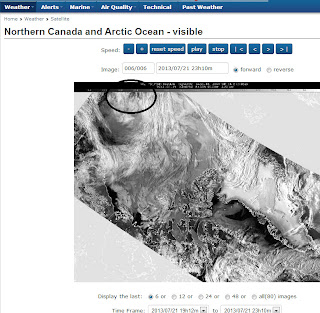 In the image below you can see the jet stream on the LHS - it's going to influence the cyclone, probably strengthen the winds and feed the system energy 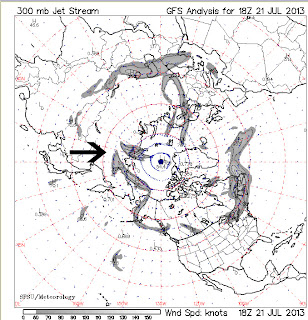 There's also a very strong system in the Fram. The wind and water direction of this system  is going to push ice out into warmer water. 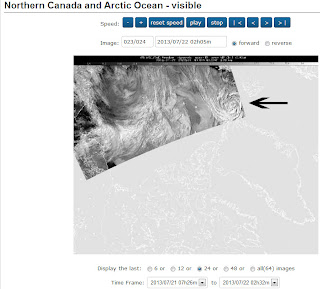 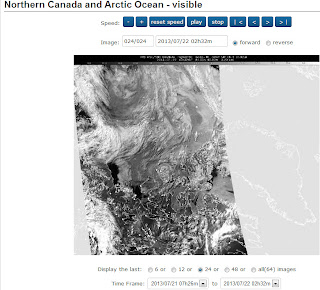 With the addition of the jet stream a new coc forms 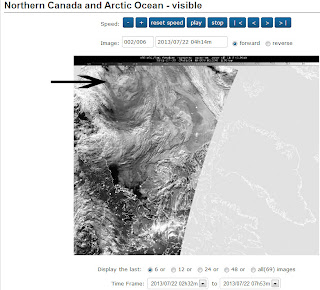 6. Late 22nd July image shows the jet stream kick causing a fair amount of disorganisation within the coc, but it may not cause it to collapse, could strengthen again today. 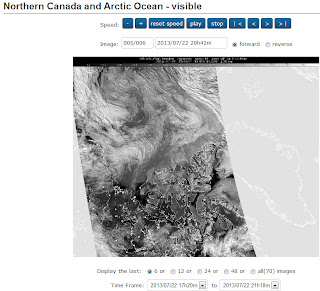 The image below shows the ice concentration on the 21st July - the red incursions into the pole are caused by the sweeping arms of the cyclone. 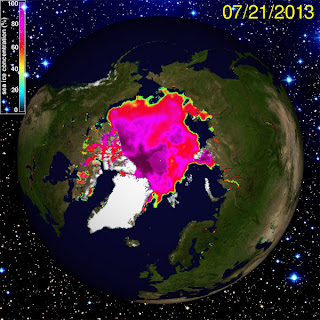 7. 23rd July - the messy coc is still there. The jet stream has caused a lot of disruption but there is reason to believe it will strengthen. The feeder bands are coming from warm land surfaces and the pressure is still low. If it strengthens it will cover the entire arctic basin like the GAC2012. Time to wait and see. 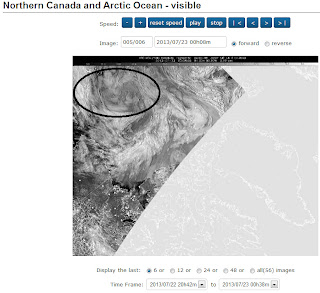 8. 23rd July - The coc has tightened up and is still moving in an anticlockwise direction around the arctic basin. As far as I've recorded this system has been in existence since the 18th July with no signs of dissipating! 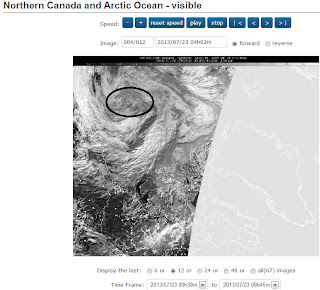 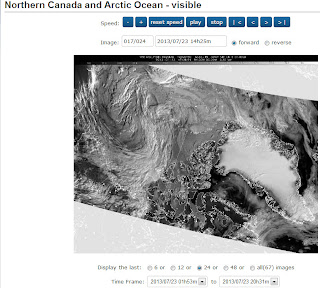 Even though the system is still here it has lost energy and hopefully blow itself out! 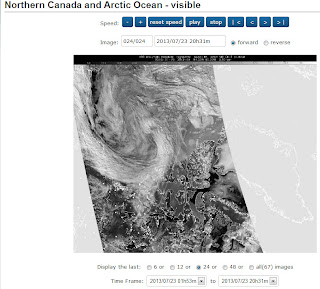 I'll upload new images of the ice cover in a new post, after the clouds have cleared.

Newer Post Home
Subscribe to: Post Comments (Atom)
This site contains a selection of satellite and webcam images from various locations. Saved by month for easy comparison, these images may be used freely for study, school reports or general interest.

Dates and locations, if not stated, can be requested.